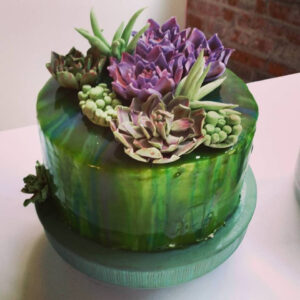 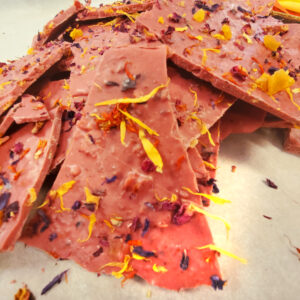 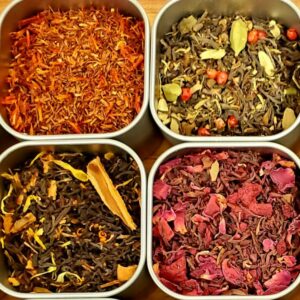 Pickwick & Cherry is about big ideas in small, improbable places. For over 7 years we’ve been creating award-winning, crowd-pleasing baked goods, candies, granolas, jams, cookies, teas, confections and what-have-you out of a tiny, impossible-to-find bakery in Springfield MO, at the corner of Pickwick Ave and Cherry St. All of our products are made in-house, by hand, by highly skilled bakers and artisans, who take great pride in creating gifts that are truly special.

Led by award-winning pastry chef Katie Kring, we have over ten years of experience creating memorable, crave-able and innovative products that you’re proud to gift and thrilled to receive. We use the finest ingredients and revelatory flavor combinations to craft unique treats in small batches. We are woman-owned and believe in paying fair wages, working with out neighbors, and fighting for positive change in our community. 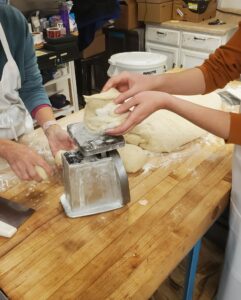 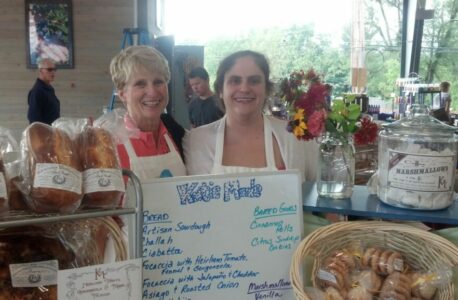 Pickwick & Cherry is the latest evolution in a decade of deliciousness. We started out in 2010, selling bread and cookies in front of the YMCA, at local stores, and through CSAs, baking in the middle of the night at a local Italian restaurant. A year or so later, we joined the farmers market as KatieMade and spent several years there. During that time, we relocated to our very own bakery, in the back of the big white building at 607 S. Pickwick.

In July of 2014, a reporter called us and asked if we offered bread baking classes, because she wanted to take one and write about it. We said “yes, of course, when would you like to come?” and that’s how our wildly-popular baking classes were born.

2015 was our first year shipping out hundreds of Christmas gift baskets for local clients, a tradition we’ve come to love. Seven years later, we’ve got baskets down to a science, and elevated them to an art form.

In early 2016, we embarked on a collaboration with a local butcher to create Butcher Plus Baker, but the butcher bailed and the baked goods were the bingo anyway, so we evolved again into B+B Boulangerie, an eclectic, almost-secret retail bakery.

In 2017(ish?), we added date night cooking dinners to our already voluminous roster of culinary classes and experiences, with the intent that we’d do one a month. Hilarious. Try “every Friday and Saturday night” instead.

In 2020, we had decided to focus on our hands-on culinary experiences, gift baskets, and holiday baking and to close the retail bakery side of the operation. This was a terrific decision from January right until the middle of March, when it became impossible to safely host our cooking and baking experiences.

And so, we’ve evolved again, offering our stunning products, born out of a decade of experience and creativity, via this website, to anyone within the reach of the UPS. Our culinary experiences are still on hold, but they will resume the instant it’s safe to do so. And, of course, we will still be offering your favorite baked goods for each of the holidays: king cakes for Mardi Gras, hot cross buns for Easter, pies and breads for Thanksgiving, everything imaginable for Christmas. And we’re still doing custom orders as well — birthday cakes, wedding cakes, etc. We appreciate the opportunity we’ve had over the past decade to be your bakers, whether we’re finding you at the farmers market or here online, and we thank you for that privilege.